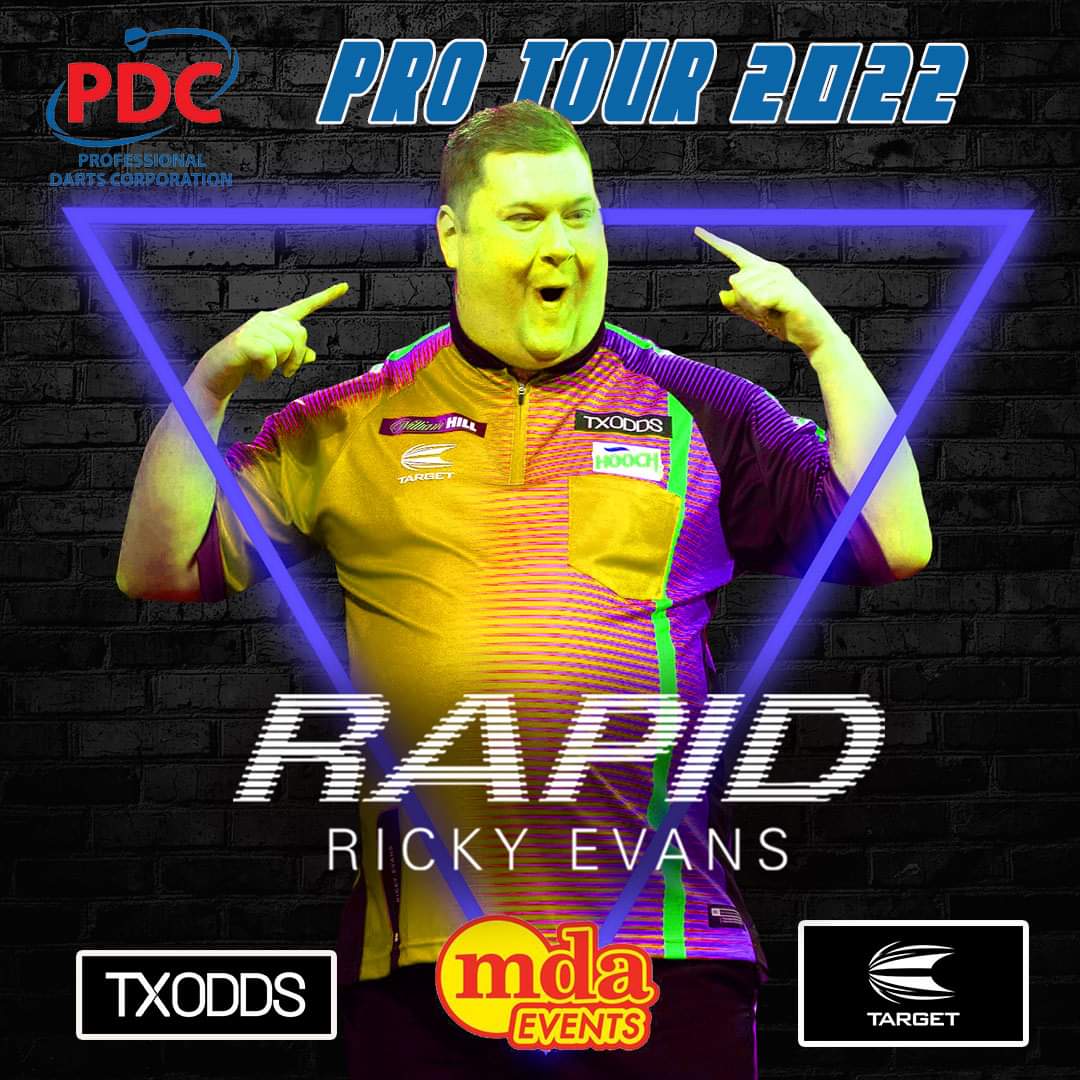 The sharp and, dare I say it, rapid emergence of Ricky Evans has been one of the darting highlights for MDA this year.

At the Austrian Darts Open, Evans once again proved that he isn’t just a mask wearing, funny and amusing bloke who throws fast. Oh no – this kid has bags of talent too and he is finally beginning to show it.

Earlier in the year, Ricky went all the way to a Players Championship final and for long periods of the weekend in Graz, it looked like he could go one step further.

Teaming up with Karel Sedlacek, Evans found himself sharing a aeroplane aisle and a hotel room with the Czech as the pair flew to Austria representing MDA.

Karel gave a brave fight in his opening match against Stephen Bunting and in his defence, didn’t really do much wrong. With both players averaging in the mid 90s, they served up a treat for the Austrian crowd. Unfortunately for the Czech, it was Bunting who grabbed the crucial last leg decider.

So back to Ricky – and all of MDA’s hopes were now placed solely on the Kettering man’s shoulders.

Awaiting Evans in round two was arguably one of the players of the year. Damon Heta has a PDC title in the bag from a recent trip to Barnsley and is currently in the form of his life.

Despite neither players really hitting top gear, Evans managed to get over the line, claiming a well earned 6-4 victory over the Aussie.

Moving into Sunday and the business end of the tournament. Like Heta, Danny Jansen has really excelled on the tour this year. At just 19-years old, the talented Dutchman has already become the youngest PDC pro-tour title winner in history – and he only gained his tour card a few months ago.

But that didn’t concern Evans as he dismantled the Mullet with ease. An astounding 6-0 whitewash and an average of 102.48 was one of the stand-out performances of the entire tournament – and it put Ricky into the quarter-final.

The draw didn’t get any easier as he faced another fella who had tasted glory on the tour this year too – Nathan Aspinall.

This match certainly wasn’t lacking in drama and excitement either. Facing down the barrel at 4-1 and subsequently 5-2 down, Ricky dug in deep and broke the Aspinall throw to take the contest into a last leg shoot-out.

With darts in hand, it was Evans who had the advantage but the Stockport man wrestled the throw away to pick up the all important eleventh and final leg.

Upon reflection, Ricky will see this trip to Austria as a positive. The talent has always been there – now the world of darts is beginning to see it.