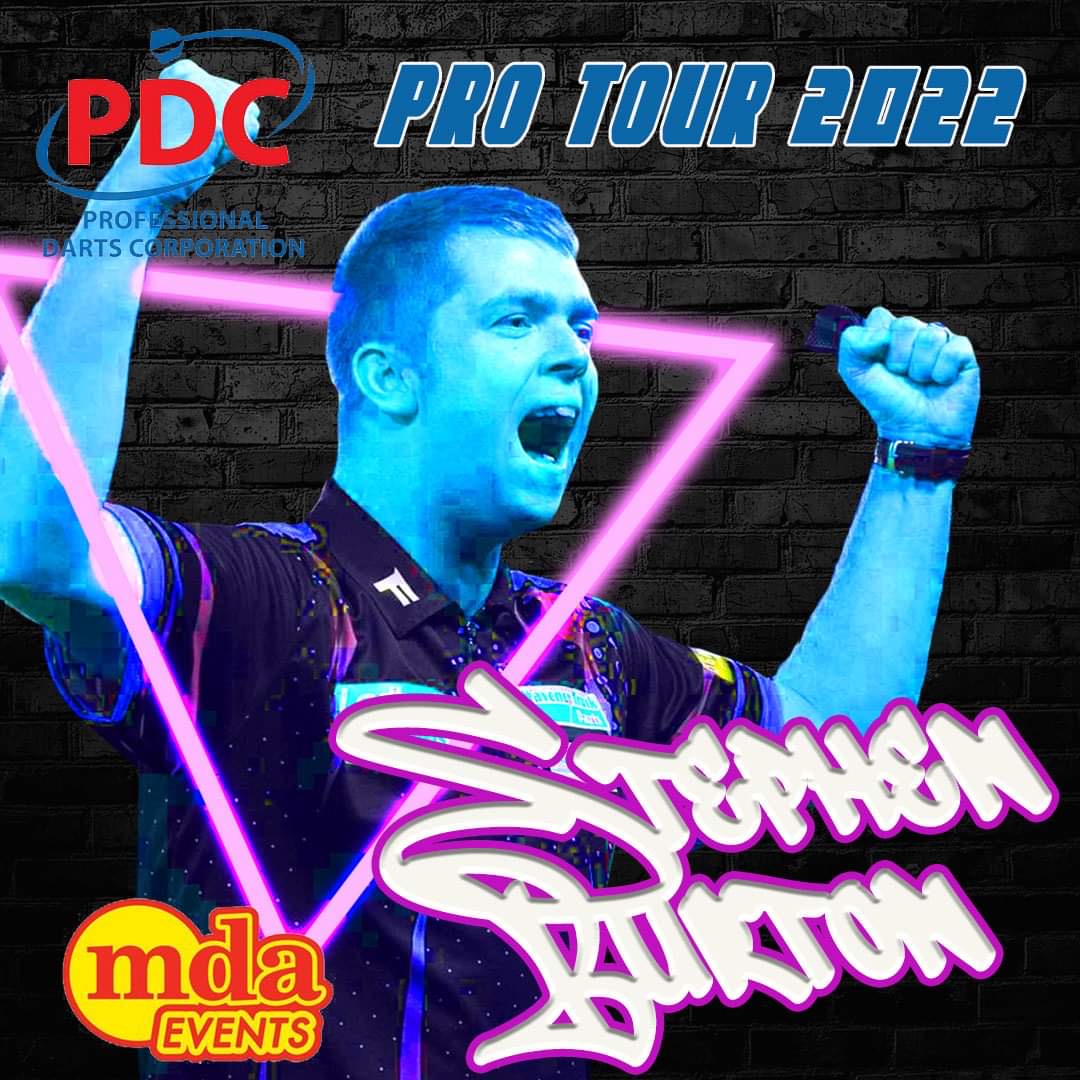 Success in Germany for Stephen Burton as he magnificently claimed the Challenge Tour 8 title.

The 34-year old rode his luck in the opening two games, pinching the last leg deciders to defeat both Steven Beasley and Dragutin Horvat.

Burton then demolished Reece Colley 5-0 with his first of three 100+ averages of the day and then went on to take care of the Dutchman Jeroen Mioch in the last 32.

Into the business end of the tournament, and the Ipswich man produced his best average of the day – 103.39 in a quite breath-taking encounter against Lee Evans. That one ended 5-3

Patrick Peters was then effortlessly taken apart by Burton with his second clean sheet of the day before posting another huge average of 101.80 to cruise into the final at the expense of Thomas Lovely.

And Bertie made it a hatrick of successes on the Challenge Tour – adding to his two in 2019 – with a comprehensive 5-0 victory over Danny van Trijp in the final.

Agonisingly, for the second time over the weekend in Hildesheim, Karel Sedlacek had to watch as his shot once again smashed against the cross bar.

The magnificent Czech – who had already been pipped at the line by Switzerland’s Stefan Bellmont in Challenge Tour 7 – was denied once again in the final by veteran Andy Jenkins in the last event of the weekend.

The Evil One was quite magnificent as the three days darts fest came to a conclusion. Ripping through the field, Karel took out Michael Hurtz and Kristiaan de Boer before posting his best average of the day, a 99.47, in defeating Wales Nick Kenny 5-2 to reach the last 16.

A superb 5-3 over fellow MDA player, Stephen Burton is a high quality affair followed by an edgy win with the same scoreline over Robert Owen saw the Czech reach another fina

Waiting for him there was veteran chucker, Andy Jenkins. But unfortunately for Karel, despite grabbing the opening leg and the early exchanges, failed to capitalise.

At 4-2 down, Sedlacek did manage to pull a leg back and make it interesting before Jenkins put in a magnificent 11-darter to end the contest and take the gold. Huge congratulations to him.

Pete Burgoyne will be satisfied to a degree with a couple of his exploits over the last two days. A run to the last 16 in CT8 being the highlight of his weekend

The Feast put in some excellent displays including a 90.71 average in a fine 5-4 win over Scott Taylor. It was former pro-tour card holder, Dave Pallett who prevented a quarter-final appearance for Pete with a 5-2 win.