NATHAN RACES TO GLORY – AND SO DOES NATHAN 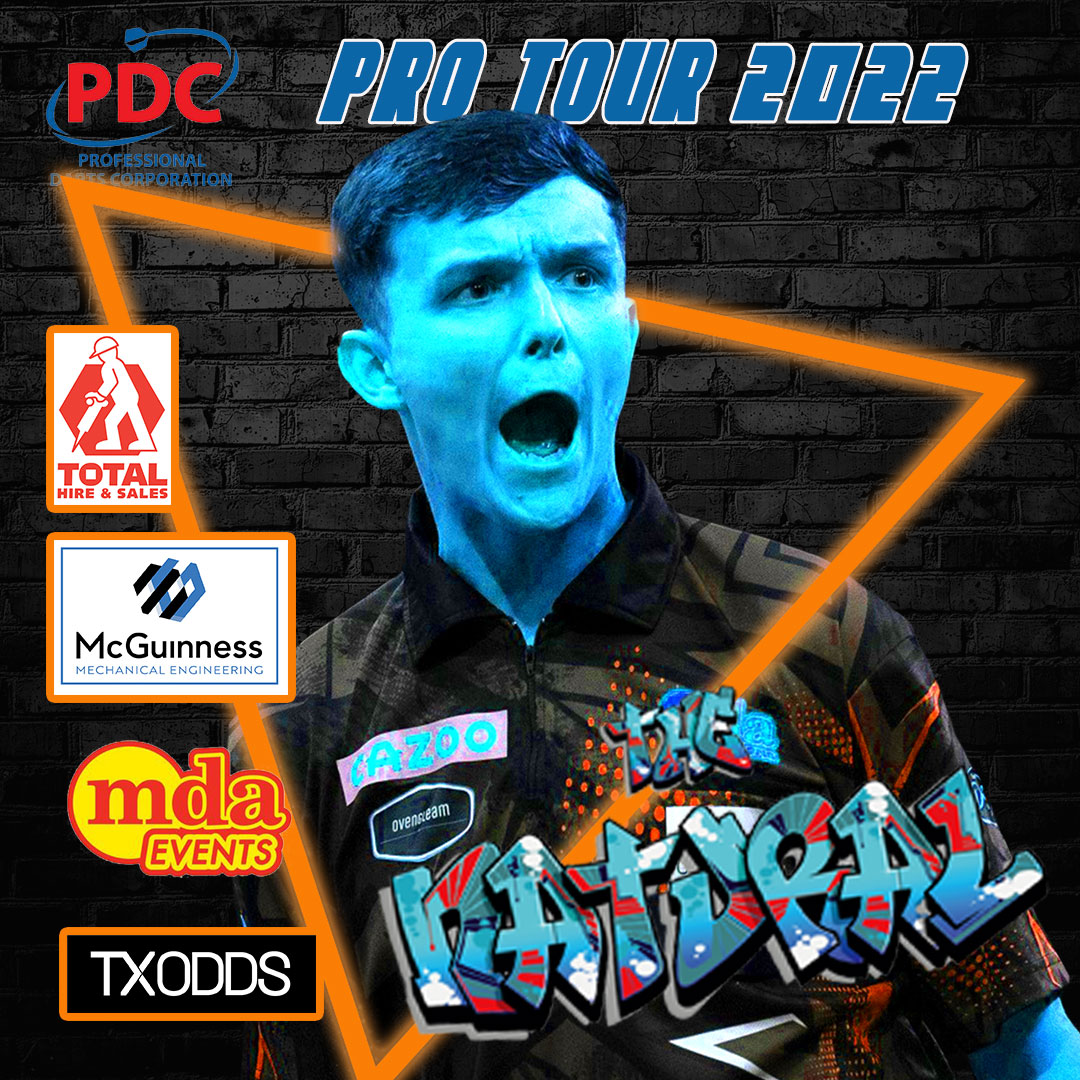 If your name is Nathan – and you wore an MDA logo on your darts shirt – then there is an extremely good chance the latest batch of Development Tours in Wigan were successful.

There were two such people matching that description in Robin Park last weekend – and both tasted glory.

Nathan Rafferty might only look about 8-years old but he is in fact deceptively older. Together with friend Derek – who had an even more difficult accent to understand – the talented youngster from Tyrone picked up his fifth Development Tour title in the weekend’s opening event.

It was clear from the opening match that Raff was there strictly to do the business. And a ton plus average and 4-1 win over Jaikob Selby-Rivas rubber stamped that intent.

En route to the title, the 22-year old (yes I know – hard to believe) overcame some incredibly tricky obstacles almost faultlessly. Sebastian Bialecki, Jarred Cole are almost certainties to pick up a tour card very soon but on this occasion, both fell to Rafferty.

Rusty-Jake Rodriquez is on the senior circuit but he had no answer against the Northern Irishman in the quarter-final, losing out 5-3.

It was another fine display in the semi versus Cole before taking the scalp of the brilliant Lewy Williams to pick up title number five.

In an enthralling and heavily watched final, both youngsters traded blows until Rafferty grabbed the all important crucial last leg decider.

On Saturday afternoon, fellow MDA representative Nathan Girvan decided he would like a bit of what the Raff was cooking and fantastically went all the way to win his maiden Development Tour title.

This is an immensely talented young Scot currently without a professional tour card – but that is certain to change before very long. Especially if he can continue to produce the performances he showed this weekend in Wigan. 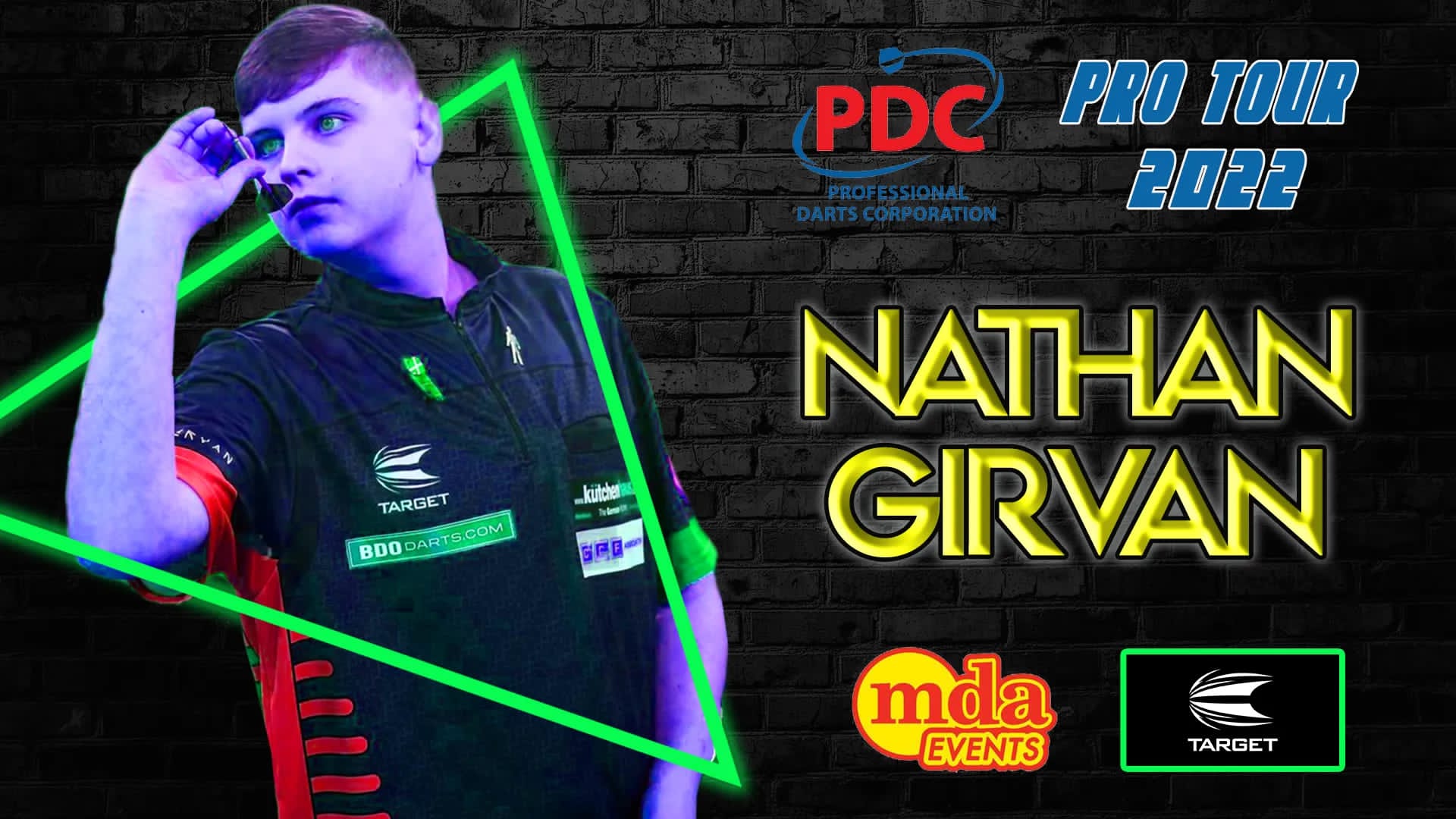 Girvan’s path to glory began with an extremely difficult opening salvo – the awesome Austrian, Rusty-Jake Rodriquez who must have been sick of drawing Nathan’s from MDA at this point.

That match was decided by a last leg and on went Nathan of the Girvan variety into the last 128. Charlie Manby was next to fall followed by the German Tom Heldt then a couple of Welsh boys – Cavan Phillips and Connor Hopkins.

The quarter-final saw Girvan face another senior pro in Adam Gawlas. But in what was a magnificent five legs, he whitewashed the out of sorts Czech who never got out the gate. That was a 93.94 average – but it was about to get better.

Keelan Kay is a fine player but in what looked a tasty semi-final clash, neither had their scoring boots on and it was Girvan who got past the post first, 5-3.

Onto the final and it was a match which left manager Matt Ward salivating. A Nathan derby meant he couldn’t lose as owned both horses. But it was the one wearing the blue and white of Scotland who really turned on the style to prevent Rafferty claiming a double.

All in all, Rafferty won’t be too disappointed with his Wigan weekend. Not only did he pick up a title and that runner-up place against Girvan, he also reached a semi-final too. Decent stuff from the Tyronian – if that is even a word.

On the day Rafferty picked up his title, Girvan reached the quarter-final only to be halted by Lewy Williams. Then on Sunday, the Scot repeated the feat and lost out in the last 8 to Gibraltar’s Craig Galliano.

There was also another MDA player performing that weekend – Mr Dylan Slevin.

The Slevinator, as he is amusingly nicknamed, reached a quarter-final himself on DT7 with excellent victories over Josh Richardson, Jitse Van der Wal (who reached a final), Viani Van den Bergh, Owen Maiden.

He was then stopped in his tracks by the player who eventually picked up the title in that event, Jurjen van der Velde in a good contest against the Dutchman.